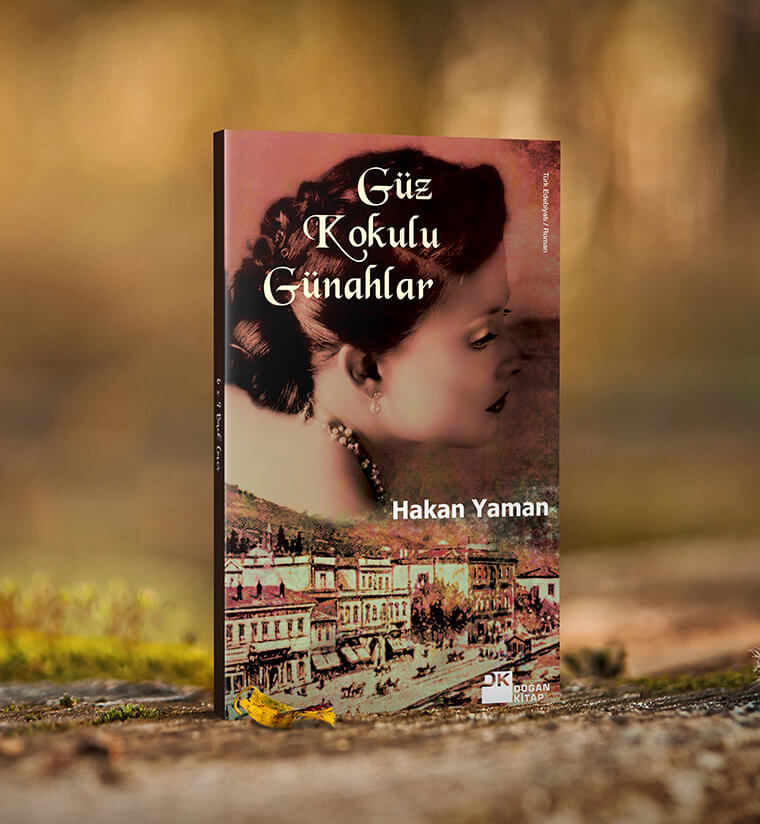 Fall Scented Sins is the story of a love and betrayal in the Levantine society of Izmir in the 19th century. The relation between Alfredo Vitelli who is a member of İzmir’s rich and well-known Levantine families and his wife Isabella Vitelli is narrated on two different platforms in the novel. While a 19th century narrator is telling the story of the journey which organized by the Vitelli family with their friends to the Seven Churches of the Book of Revelation in the New Testament, Isabella’s diary accompanies it.

Narrator’s story and Isabella’s diary flow parallel in the beginning. As novel progresses, these two stories intertwine and conflict.

The Fall Scented Sins is the story of love and betrayal in the 19th century Levantine world of Izmir (Smyrna).

Alfredo Vitelli, a member of a famous Italian Levantine family in Izmir and his wife Isabella arranges a trip to the Seven Churches of Revelation together with their close friends. There is a French archeologist, his assistant, Alfredo’s partner Lorenzo Canto and his wife Veronica, Isabella’s best friend Beatrice and her husband Antonio, Nicolo Paradisi and his French girlfriend Josephine, poet Luca and his Spanish girlfriend Gabriella and father Francesco d’Antonio Fornetti among their friends.

Novel goes on two tracks: Isabella’s diary accompanies the narration of the journey to the Seven Churches. While we trace the Isabella’s impressions from her diary we get to know about Alfredo from the narrator of the novel.

Fall Scented Sins opens on the terrace of Alfredo Vitelli’s house in the fall of 1896. Alfredo Vitelli is one of the famous and richest merchants in Izmir. That day he learns that his wife Isabella deceived him long ago with his best friend Nicolo Paradisi. Alfredo finds Isabella’s secret diary she has written during the Seven Churches trip. Thus, the betrayal, which remained secret for years, comes in sight.

At first, Alfredo Vitelli decides to kill his wife who has left asleep in the second floor of the house while decorating a velvet purse with embroidery. Then, he thinks that Nicolo Paradisi must be punished. After a while, he sees that he cannot kill anyone. Moreover, he chooses to commit suicide. He puts his gun to his temporal and starts to count.

Meanwhile, Nicolo Paradisi is on the way going to Alfredo Vitelli as he does every Thursday. Alfredo plans to pull the trigger after he counts fifty. When he reaches forty-nine, Nicolo Paradisi is about to ring the bell. From here, we leave Alfredo Vitelli on his terrace and go back to 1878, to the days of the Seven Churches trip with Isabella’s narration on her diary.

From this point, we learn about all what has happened during the trip, reasons that arises Isabella’s desire to deceive her husband both from the diary and from the narrator. Meanwhile, Alfredo’s life story that is full of sins and regrets is told. Here we see how deeply his mother’s early death influenced him.

Fall scented sins is a novel with two main characters. Novel starts with Alfredo, but gradually Isabella comes to the center. During the Seven Churches trip, Isabella deceives Alfredo Vitelli twice with his best friend Nicolo Paradisi. Isabella explains her betrayal as a reprisal against Alfredo’s unfaithfulness in her diary. She claims that Alfredo first cheats her with his poet friend Luca’s girlfriend Gabriella. Nevertheless, in fact this is an absolute illusion. Alfredo Vitelli who has suffered from his sins during all of his life is in fact innocent this time.

After the group completes the trip to the Seven Churches of Revelation, starts from Smyrna (Izmir) and ends in Pergamon, the novel goes back to the terrace of Alfredo’s house in Izmir. Alfredo Vitelli whom we left counting with his gun on his temporal exceeds fifty but does not pull the trigger. Nicolo comes by this time. Isabella wakes up as the doorbell rings. She opens the door and accompanies Nicolo up to the terrace. Alfredo hides his gun as he hears they are coming. As they reach the terrace, he takes his gun and shoots. A single bullet comes out from the barrel of the gun. A single bullet that directly finds its target after a long hesitance…