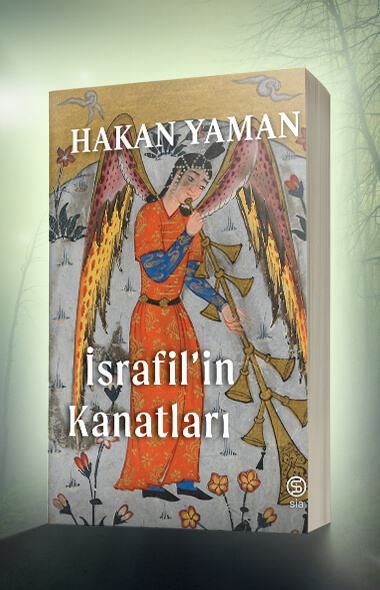 The Wings of Israfel

“Even though it is so pale, there is a four winged angel that I see with my old eyes here. He resembles Israfel. Portrayal of Israfel is used on some talismans. For instance, there is a relief of Israfel which resembles this one a lot on one of the four pillars in Saint Sophia Church. There are the portrayals of Michael, Gabriel, Azrael on other pillars. Each of these four angels cause miracles and disasters. The wings of Israfel is the sign of a great famine which will start in West… Angels are commonly pictured with two wings, but angel Israfel who will blow the trumpet called Sûr on the Day of Judgment has four wings. Israfel holds the West with one of his four wings and the East with the other one; he descends from the heavens to the earth with the third wing and covers himself to be concealed with his last wing. The gate of the new world will open with his fourth blow on the last day and this will be the actual beginning.”

In mid 1900s, four university students who are in pursuit of an anonym, mysterious lost book in a nook corner of Istanbul and the same book that rules people’s fates by passing from hand to hand in 1700s, during the reign of Sultan Mahmud I. In pursuit of a book that is written in all alphabets, read from four directions, contains all the secrets of the universe. A mysterious book with 444 pages that is chased from the dark galleries of old Cairo to the alleys of the Ottoman Istanbul, from the vessel of a rich Marseilles book collector to the turbulent 50s of Turkey and a very layered story…

Novel opens with a composition, Omar had written in his high school years. It is about a mysterious book he had heard from his grandfather. Then the plot moves forward on two tracks:

The first one is set in Kuzguncuk, a small neighborhood on the Bosphorus in Istanbul in 1950s, and the second is in the Ottoman era, during the reign of Sultan Mahmud I, in the 18th century.

David, Omar, Raffi and Theodore are close friends, studying philosophy at the university. They are all Turkish citizens but David is of Jewish origin, Raffi is of Armenian and Theodore is of Greek. Omar represents Muslim even though he is an atheist.

One day, Omar tells his friends about the mysterious book that he has heard from his grandfather years ago. Then, they are all been intrigued by the possibility of finding it and start to search for this secret book together.

This is a miraculous book that can be read from left to right, from right to left, downwards and upwards, and it contains the answers to all the questions that mankind has always been curious about.

On the parallel plot of the novel, Emile Gautier, a French traveler and researcher brings the same book to Istanbul towards the mid-eighteenth century. In order to solve the mystery of the book, Emile and his friend Grand Vizier, Hasan Pasha, will later on knock on the doors of many different people from Greek and Armenian patriarchs to the Chief  to Rabbi and the scholars living in Istanbul at the time.

Emile has met Hasan Pasha on the island of Malta where the pirates imprisoned him when he was a young man and rescued him after his long years of imprisonment by buying him as a slave in a slave market. Emile Gautier in fact is not a slave Merchant. He is a member of a rich Marseilles family, who was in the habit of traveling in summers with his friend, François Marie in the Mediterranean Sea and collecting the interesting books, he could find in the harbors to enrich his book collection and making researches in France in winters. He buys Milos (Hasan Pasha) with a slave girl on the island of Malta and later sets him free. Milos never forgets this favor. He leaves the ship at the harbor Alexandria and goes to Cairo. After dangerous endeavors, he steals some valuable books from the most famous ancient booksellers in the city and gives them to Emile Gautier as a gift to thank him.

After that, he goes back to his country, joins the Ottoman Army, and finally becomes Grand Vizier. After this promotion, he sends a message to his ex-master and friend, Emile Gautier and invites him to Istanbul. Up to that time, Emile and his friend, François Marie, had already found some strange things in one of the books Milos (Hasan Pasha) had given. However, they cannot able to decode what was in the book. 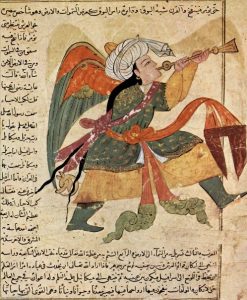 On the night when Hasan Pasha and Emile visit Mullah Ishak Efendi, an important erudite figure of the time, the house is set on fire by Sheikh-ul-Islam Mehmet Riza Efendi and his men. The book catches flames then but it does not burn. Rıza Efendi gets the book secretly from the fire and takes it to Sultan Mahmud. Hasan Pasha and Emile survive from the fire, but Mullah Ihsak Efendi is killed in the fire immediately before he could tell what he has found in the book.

Emile, who devotes himself to clarify the secret of the book, leaves Istanbul thinking that his dreams have burnt away with the book. Then, the Sultan dismisses Hasan Pasha and sends him to the war in Baghdad. He also gives the book to back to him. Hasan Pasha is killed in the fights in Baghdad and Nadir Shah coincidentally holds the book.

Years after when Nadir Shah dies, the book is given back to the Ottomans as a gift and later obtained by Cebecizade Halil, who has become the Grand Vizier after many intrigues. Halil Pasha have actually had a copy of the book written and changes it with the original, which lies in a hidden section behind Nadir Shah’s throne.

Meanwhile, Omar and his friends finish their schools and start to worry about what to do with their lives in the future leaving a little behind their interest in the book. Omar gets married and he starts to translate books. David works in a bookseller. Theodore begins to run his father’s grocery store. Raffi is unemployed and constantly writes novels in a strange mood, becoming isolated from the outside world gradually.

Karamanlı Ali Pasha, a sorcerer pasha who thinks that the mysterious book is a book of witchcraft, steals the book one night from his official Cebecizade Halil, but Halil gets the book back shortly after that. Ali Pasha becomes insane following that incident and disappears mysteriously. In the following years, Halil Pasha is promoted to the rank of Pasha but then falls from the favor after the death of the Sultan and he is exiled to many distant lands and islands. However, he never gives up searching for the secret of the book. After many adventures, he resigns from his post and goes back to his hometown, Darende, taking the book with him. Having hidden the book among thousands of volumes of books in a huge library he has had built, he dies.

On 6 and 7 September of the year 1955, a group of people who are agitated by the news that Ataturk’s house in Thessalonica has been bombed, start to destroy and burn down the houses, shops and places of worship that belong to non-Muslims, the events that is later called 6 and 7 September uprising in history. During these events, the booksellers’ market is also set on fire and David, who is working in one of the stores there, is killed leaving many questions behind.

Raffi is getting worse both physically and mentally. The illness, which is started by his withdrawal from people, begins to endanger his health seriously. He writes novels all the time, secluding himself. Theodore is also isolated from his friends due to his grocery business. Omar, on the other hand, never gives up his studies on the book despite his personal and he finds important clues.

The novel goes back to the eighteenth century again and on the days when the event in history called pseudo-prophet case is happening, a similar case to 6-7 September uprising. The same day the book which is hidden by Halil Pasha in Darende, where it is expected to stay forever, is taken out of his secret place by a strangely dressed man who comes from Iran and is taken to his convent in the city of Qom. This mysterious man called Zal is one of the last members of a religious sect that Mullah Ishak Efendi, who died during the fire in his house in Istanbul, also belonged to. The members of this sect believe that this book is the holy book of the other realm or the new world that will be created with the sur pipe that Israfel will blow on the Doomsday. Israfel is in charge of protecting this book in which all the secrets are kept and what is written in it with a secret code will only be decoded after the Doomsday. They do not possess the original but they do have some manuscripts, which will help decode it. However, Zal cannot find the opportunity to decode it although he obtains the original one.

When we go back to 1950s again, Raffi dies. His death causes Omar to become severely depressed and he disappears for a while. When he comes back, he finds out that his last remaining friend, Theodore has left him the drafts of Raffi’s all the novels he wrote and a diary.

Omar remembers Raffi has told him that his last novel is special among the others and he will like it the best, so he begins to read it first.

At this point, we realize that the novel is not set in two different historical periods, but it is set in 1950s only. All the events that take place in the Otoman Era and all the characters consist of what Raffi found out when he was looking for the book with his friends. The events in the novel are created from what Omar and David told him and the imaginary actors. The lost book which is thought to belong to a religious sect connected to Israfel, Zal, Cebecizade Halil, Emile, Hasan Pasha were all parts of fiction Raffi created, inspired by what his friends told him. Among all these past traces, when he tries to make connections with the novel and what he has experienced in the past, he becomes lost between reality and imagination and finds himself in Topkapi Palace at the end of the novel.

It is a snowy day like the day when Hasan Pasha was received by Sultan Mahmud I. Omar s obsessed with the copy of the book, the copy that Raffi mentioned in his novel being kept in the section behind Nadir Shah’s throne. Omar is now in a mood which doesn’t allow him to differentiate the reality from the imagination and he really goes to Topkapi Palace and breaks the window that protects the throne which Nadir Shah gave Sultan Mahmud I as a gift. And he is killed by a gunshot of the museum guard.

The novel ends with the letter, which Omar’s grandfather wrote and put in a cavity he made in a thick cover of one of the books in his library. His grandfather is trying to tell him in his letter that he has really found the book and mentioning what he has seen on its pages as well as he can. But unfortunately, Omar will never read this letter.