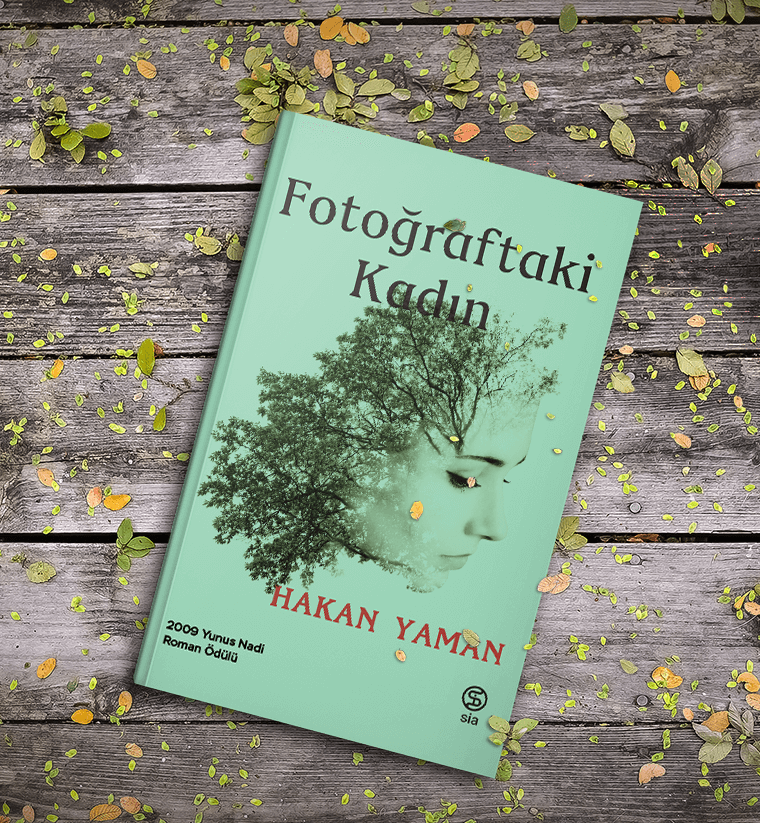 The woman in the photograph

The woman in the photograph is the voice records of its protagonist Suphi. Suphi is one of the grandsons of those “useless men” who we often find in the world literature. He is living with his mother in Istanbul. He works as an accountant in a small company. He is an amateur photographer and he carries his solitude on his back like a heavy burden.  We are listening his adventure of seeking the woman who he loses after he takes her photograph by coincidence.

Suphi falls in love with her just after he takes her picture. He explains everything recklessly, leisurely to us as if he confesses his sins. He goes in too deep, as far as to his childhood; he narrates by scratching his wounds remained in the hazy days of his childhood, he narrates even by making them bleed.

Suphi is an amateur photographer. One day he takes a photograph of a woman by coincidence and at that moment, he falls in love with her. However, in a few seconds of astonishment after he takes the picture, he loses her in the crowd of the streets.

“Woman in the photograph” is the story of Suphi’s quest running around the whole city of Istanbul to find his “photo love”. While he is searching her, he also tries to manage his uncle Sahbender who dreams to be rich by finding a treasure in the middle of the city.

Novel has two chapters. These are actually two CDs consisting Suphi’s voice records he has recorded in his room. In the first CD, Suphi presents himself and his family starting from his childhood. While he expresses the important moments of his life and the events, shaped his personality, he also introduces us the members of his family: his mother, father, his uncle and aunt.

After the first CD, narrator takes his turn and we realize that all what Suphi explains up to the end of the first chapter are not to the reader but to his psychiatrist, Jale Korel.

Suphi is an introvert and a shy character. Although he is at his forties, he still lives with his mother. He is a confirmed bachelor who could hardly handle his sexual problems. He works as an accountant in a small textile company in Sultanhamam. Photography stays in the center of his life as the only hobby he has.

Suphi has recorded everything he cannot explain in a face-to-face interview on a CD and sends it to his psychiatrist as an introduction before his visit. The intermediate chapter starts with Suphi’s visit to psychiatrist, Jale Korel just after she completes to listen to the first CD. Suphi brings the second one (second chapter) with him. After he gives the second CD to Jale Korel he goes back to the streets of Istanbul again.

Then, the second CD starts to turn. In this chapter, we see how Suphi puts the “woman in the photograph” into the center of his life and how he goes away from the real life day by day. We witness how eagerly all the members of his family try to take him back to the real life from his dreams. All his family, his uncle Sahbender who is a horse racing bookmaker, his uncle Sinasi, a retired theater actor, his mother who prays for him, his aunt who tells fortunes try but fail to help him.

When Suphi is about to lose his hope, at the very last moment, his uncle finds the traces of the woman in the photograph. And after a short period of time Suphi finds her. However, she disappoints him by her beauty. The woman he finds is very different from his photographic love. He realizes that she looks in fact much more beautiful than she is in the photograph and she seems that she belongs to a very different world. Even so, he follows her as far as her apartment in Nisantasi. Here we come to know that the “woman in the photograph” is his psychiatrist, Jale Korel. Moreover, we realize the facts:

When Suphi sees that he can never be together with her after he finds his photo love, he makes a plan to be nearer to her at least once or maybe twice. Then he makes the recordings. He explains all his hard times while he was looking for her; he unburdens himself without hiding any detail, without being ashamed for the first time in his life. Moreover, after he becomes her volunteer patient he acts as an ordinary customer sending his voice records to his psychiatrist before the first visit. Suphi sends the first CD by post, and he takes the second CD on which he records the end of the story to his “psychiatrist” by himself. Novel ends as the “woman in the photograph” completes to listen to the second CD.